Aging populations will be changing death care landscapes worldwide. How does a population of over 1.3 billion cope with these changes?

From a developing to a developed country

In the last 30 years the economy of China has taken flight. According to the World Bank, in 1981 the Chinese population poverty rate was 88% and by 2015 it fell to 0.7%, lifting over 850 million people out of poverty. Many people have moved from the poorer country side to major cities. There are now cities all over China with wealthy populations of over seven million people, that people have often never even heard of. 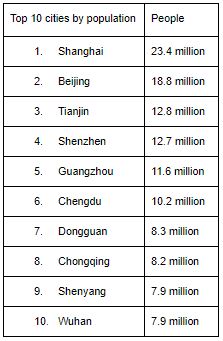 China’s one child policy was introduced in 1978 as a form of population control. It has since significantly influenced the population’s demographics, not only decreasing the population’s growth rate, but also creating a gender imbalance. As people were only allowed to have one child, most families went through whatever means possible to have a boy as it was believed only a male bring economic prosperity to the family. The official Fujian Provincial Bureau of Statistics census states there are likely to be 118.9 boys born for every 100 girls in all of China by 2020. Growing to 24 million more men than women by the year 2020, which is equivalent to the population size of Australia. In 2015 China has changed its one child policy to a two child policy.

The incredible economic growth that China has gone through in the past 30 years in combination with a significant gender imbalance will have its influence on the Chinese death care industry. Large male populations making selections on a single income will dictate a large part of the industry in the coming years.

It is estimated that the Chinese death care industry will reach 33 billion by 2020. With a majority likely to be cremated due to the growing popularity as well as limited resources available affecting the cost. Today’s cremation rates for China are currently estimated to be 49.50%. Scarcity of land in big cities has also increased prices of burials and as such has been a key motivator in the increased the popularity of cremations in China. In Beijing, for example, the price of a tomb can easily be $12,000 (€10,752), which is three times the value of housing prices per square meter.

The Chinese population aged 60 or above, is rising from 222 million in 2019 to 300 million in 2050, so with a greying society approaching there is a need for development and options that can help Chinese single children and parents make end of life decisions that will meet their spiritual and cultural needs.

Can the soothing and comforting familiarity of water cremation bring a new end of life body disposal option to the public?

October 21, 2019
Subscribe to the newsletter!
Latest on coronavirus
Death Care Industry
May 24, 2020