Peter Edward “Ginger” Baker, born 19 August 1939; died 6 October 2019 at the age of 80. He had been suffering from degenerative osteoarthritis and a smoking-related pulmonary condition. He is survived by his four children Nettie, Leda, Kofi, and stepdaughter, Lisa.

A firey and incredibly talented drummer Ginger Baker enjoyed worldwide success. A highly notable time was when he joined Cream in 1966 (with original members Jack Bruce and Eric Clapton).

Baker’s family decided to announce his passing on Twitter Sunday:

Baker’s daughter, Nettie, told CNN her famous father was in no pain and had been able to see and speak to his children in the days before his death.

There is no information about a funeral or memorial service as of yet.

In the wake of his death, musicians took to social media to express their condolences and pay tribute to the late rock star. 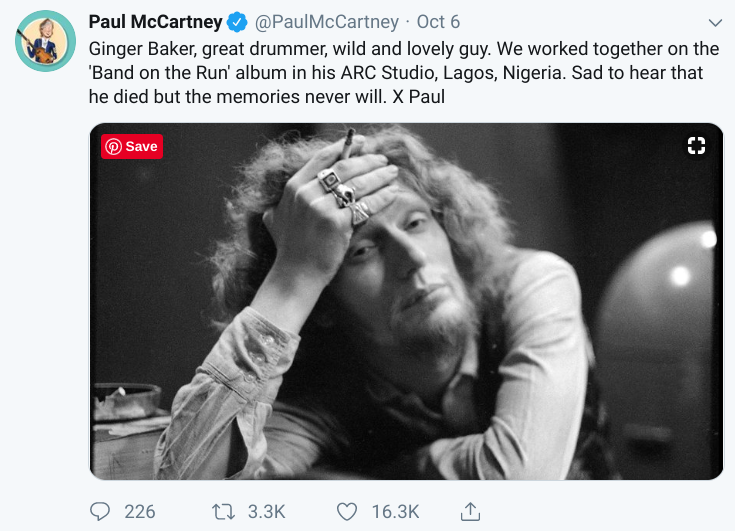 October 7, 2019
Subscribe to the newsletter!
Latest on coronavirus
Death Care Industry
May 24, 2020