A new international study led by the University of Glasgow has confirmed that only 14% of people worldwide have access to palliative care. The research confirms what palliative care professionals have been saying for years, that end of life care is becoming increasingly important and there aren’t enough resources being dedicated to this important sector.

The End of Life Studies group at the University of Glasgow released the report after an extensive study researching the development of palliative care on a global scale. The countries with the most significant need for improvements in their palliative care sector are, as expected, the countries with lower incomes. The study shows that out of 198 countries only 30 countries in the world have sufficient levels of palliative care, which clearly makes this a worldwide humanitarian crisis that will become an epidemic of monstrous proportions.

One of the most valuable results of the research is a map that indicates exactly where in the world palliative care is integrated and which countries are significantly lacking access to palliative care. 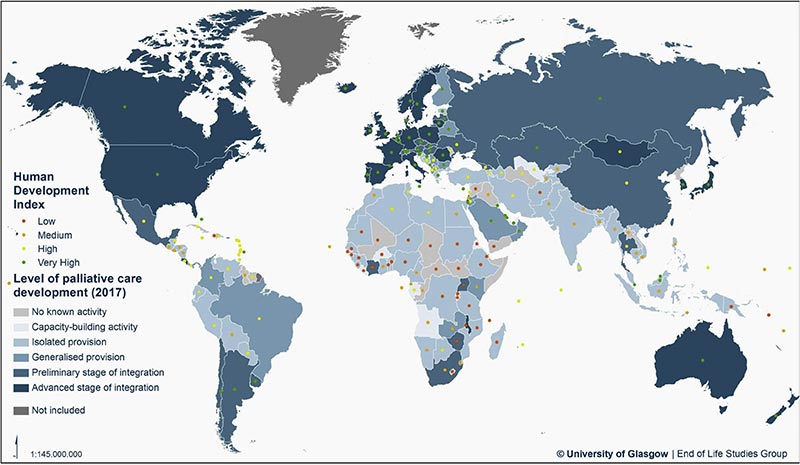 According to Professor Clark, who led the research, it’s the most robust analysis on developments in worldwide palliative care ever performed. He hopes that the research stimulates policymakers, activists and third party fundraisers to take action and build the infrastructure needed, as identified by the research. The full report can be found via Journal of Pain and Symptom Management.

January 2, 2020
Subscribe to the newsletter!
Latest on coronavirus
Death Care Industry
May 24, 2020