Preparing for the ‘Silver Tsunami’

The birth of baby boomers 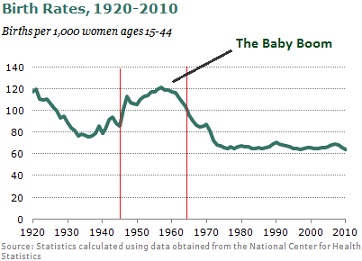 During World War I and up until the end of World War II birth rates worldwide had been declining. It was simply not a great time to have a baby, with two major wars within a short 20 years of each other, followed  by the great depression, it didn’t leave a lot of resources to start a family. However, the end of WWII changed this. People were able to look ahead and the future was bright. The western world witnessed a spur of birth rates and the baby boomer generation was born.

Thanks to worldwide peace and trade agreements, baby boomers, were able to grow up unlike any other generation before. The positive outlook on the future and technological advancements paved the way for creativity, self exploration and wealth. Baby boomers, who often grew up in a blue collar family, now had the chance to study and grow into the white collar work field. White collar jobs were mainly located in urban areas, and so the population there began to double or even triple. As a result the wealth of baby boomers multiplied with a factor of five to 20 times compared to the previous generation. 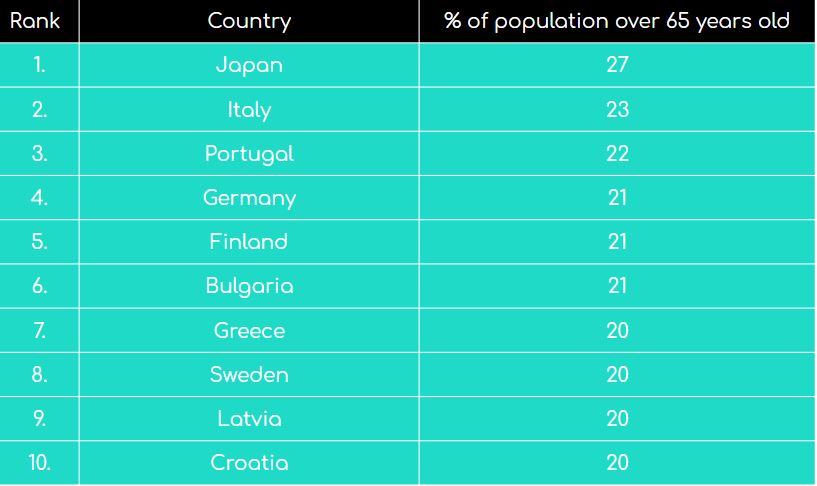 The ageing population of baby boomers have now come to an age where grey hair and and physical ailments are kicking in. According to the report “Aging in the United States’ by the Population Reference Bureau, today 15% of American’s are 65 or older and the expectations are that this number will grow to 20% by 2050. Currently, Japan, Italy and Portugal are representing the top three of greying countries. The global influx of people expected to pass away globally within the next 10 to 25 years, mainly baby boomers, means the death care industry needs to prepare for the ‘Silver Tsunami’.

From mourning death to celebrating a life

Baby boomers have more money to spend than any previous generation, they also have the freedom to express what they would like their funeral to be like. These developments should stimulate the death care industry to listen closely to what is on the minds of this generation and how to prepare for the celebration of their lives.

What recomposition means for the death care industry

October 13, 2019
Subscribe to the newsletter!
Latest on coronavirus
Death Care Industry
May 24, 2020