The first human recomposition facility, Recompose, set to open in 2021 in Seattle, has just released updated renderings of the proposed facility. Olson Kundig Architects, an American company has been commissioned to design the project, which is now being referred to as an after death facility.

The design in the latest images showcase the goal of the Recompose group to be organic in company values and in look and feel. The entire venue is a large open space with easily accessible smaller side spaces that gently transition, with pivoting doors, into one another. The entire space is white with beautiful wood arched ceilings and skylights, allowing natural light in. There is also a plethora of trees and greenery, which can be repositioned for family services.

Recompose stated that “Nature is integrated across the building, with moveable trees situated throughout the main space, a living wall spanning the end of the facility, and abundant landscaping along the structure’s ramped entrance.” 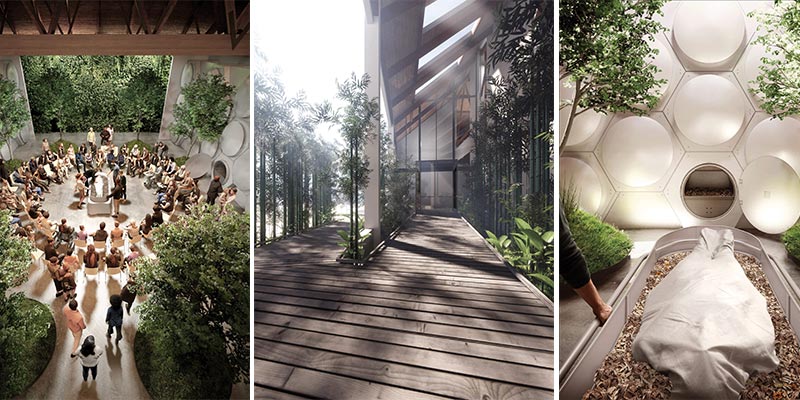 December 4, 2019
Subscribe to the newsletter!
Latest on coronavirus
Death Care Industry
May 24, 2020