Funeral costs in the UK at a record high

Statistics on the UK funeral industry

The recently released Sunlife report, based on a survey among over 1500 death care professionals, shows interesting insights in the UK funeral market. According to the report, funeral costs have risen in the past 15 years by 130% from an average of £1,920 ($2,286) in 2004 to £4,417 ($5,259) in 2019. In the same time frame the cumulative inflation rate was only 52,26% and the average income has increased by 37,58%, making it significantly harder for people to be able to afford a funeral service.

As London is the most expensive city in the UK it’s not surprising that the average price for a funeral in Britains capital is the highest, with an average of £5,963 ($7,822).,Other parts of the United Kingdom are catching up with price increases throughout the UK.

Average price increases 2018 to 2019 in the United Kingdom 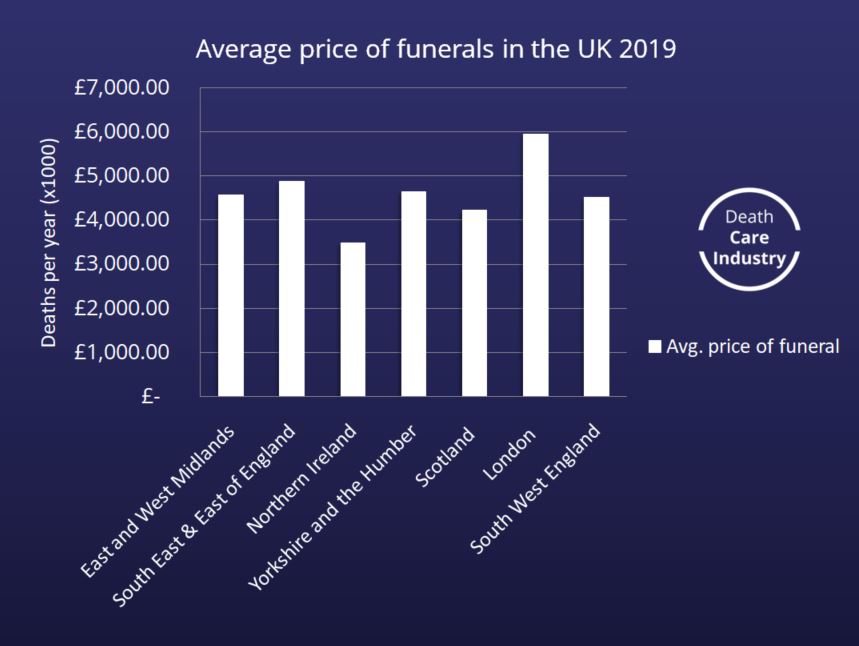 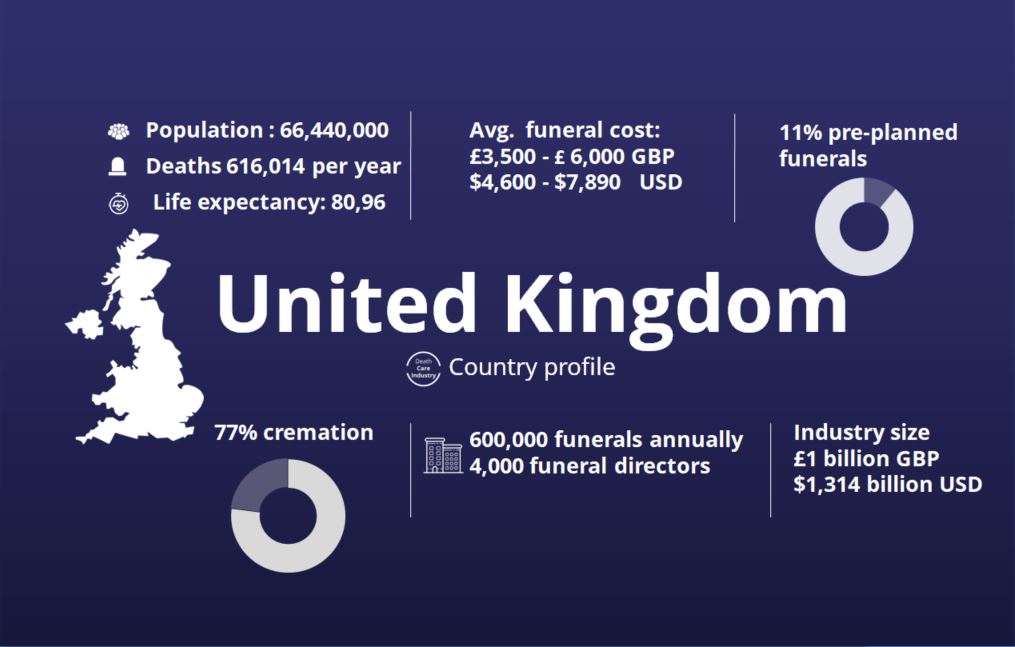 February 3, 2020
Subscribe to the newsletter!
Latest on coronavirus
Death Care Industry
May 24, 2020