In 2011 TED Talks blew up the end of life choice discussion with a talk by Jae Rhim Lee. Promoting a suit that would be a greener alternative for individuals looking to minimize their impact on the planet not only while they are living, but also in death.

More than 1.7 million viewers have tuned in to hear her discuss the issues around how to help deal with the toxins that reside in our bodies after death. Cremation puts the toxins into the air and traditional burials contaminate the soil.

The birth of the mushroom suit

It all started during Ms. Lee’s graduate work at MIT that circled around waste, death, and dying. After her studies, she began to study mycoremediation, a form of bioremediation in which fungi-based technology is used to decontaminate the environment. After one coincidental visit to a green cemetery, she had an epiphany, and the suit began to be.

Ms. Lee created what she referred to as an intersection between art, science and culture originally called: “The Infinity Burial Project ¨My Mushroom Burial Suit.¨” The environmentally friendly element of the suit used a mushroom created out of a selective breeding process that is optimized to decompose dead human flesh. These spoors were then embedded in a crochet netting around the suit in a dedicated pattern, which mimics that of plant roots to help the mushroom grow. 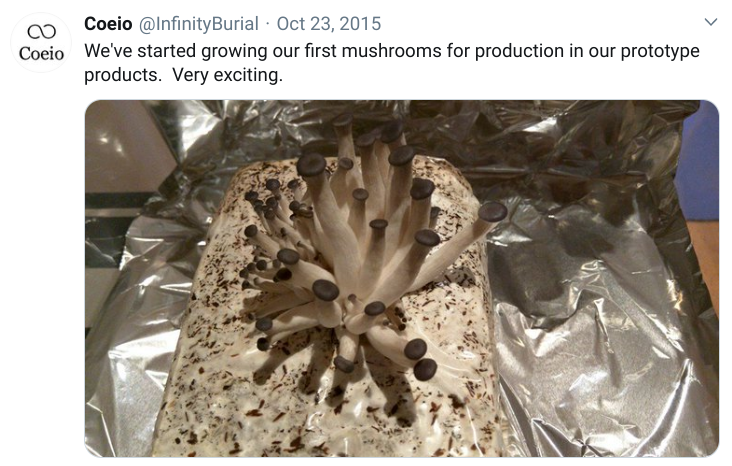 Is the infinity burial project and mushroom suit still around?

The Infinity Burial Project has since been merged into a startup called Coeio which has expanded offering ¨ alternatives for the postmortem body that promote and facilitate an individual engagement with the process of decomposition.¨  There’s still a suit, but it is different than the original one that captured the attention of thousands. 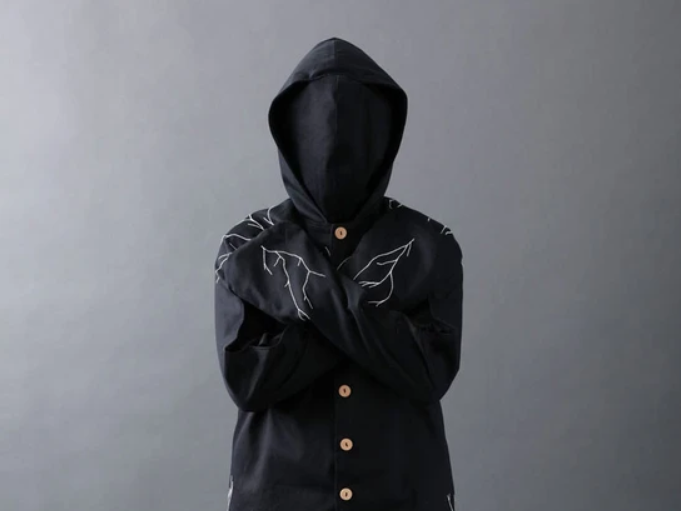 The Coeio Infinity Burial Suit design has been updated and is a self-recycling organic cotton suit. The bio mix now incorporates mushroom mycelium instead of spores (due to the high sensitivity of spore germination) and other microörganisms that are supposed to aid in decomposition, neutralization, and feed the organisms. While there is no evidence to support the viability of the product the goal of the company still revolves around trying to allow individuals to take responsibility for their own burden on the planet.

In 2015, Dennis White reached out to Ms. Lee about wanting to wear the suit at his burial, as he was dying from a terminal disease.  The two met and began the process of Mr. White becoming the pioneer to be buried in the mushroom suit. The company guided the family through the funeral planning process and the suit, which they documentary in a short film called Suiting Dennis: A family story of green funeral.

Today anyone can buy the suit online for $1,500 (€1,382) and it is available to funeral homes and businesses for wholesale use for an undisclosed price. The Coeio website also promotes upcoming shroud styles that have yet to be seen.

The biggest news most recently for the Coeio burial suit, which is still commonly referred to as the mushroom suit, is when the late Beverly Hills 90210 actor Luke Perry requested in his advance care directives to be buried in one. After passing from a stroke his family followed his wishes and he became the first celebrity to dawn the suit in the afterlife. Bringing new attention and light towards the brand and their initiatives.

Jae Rhim Lee has heard feedback from both sides of the death care industry regarding her suit. Some praise the green initiative while others go as far as to tell her ¨You’re a disgrace to the funeral industry. I hope the mushrooms eat you soon.¨ 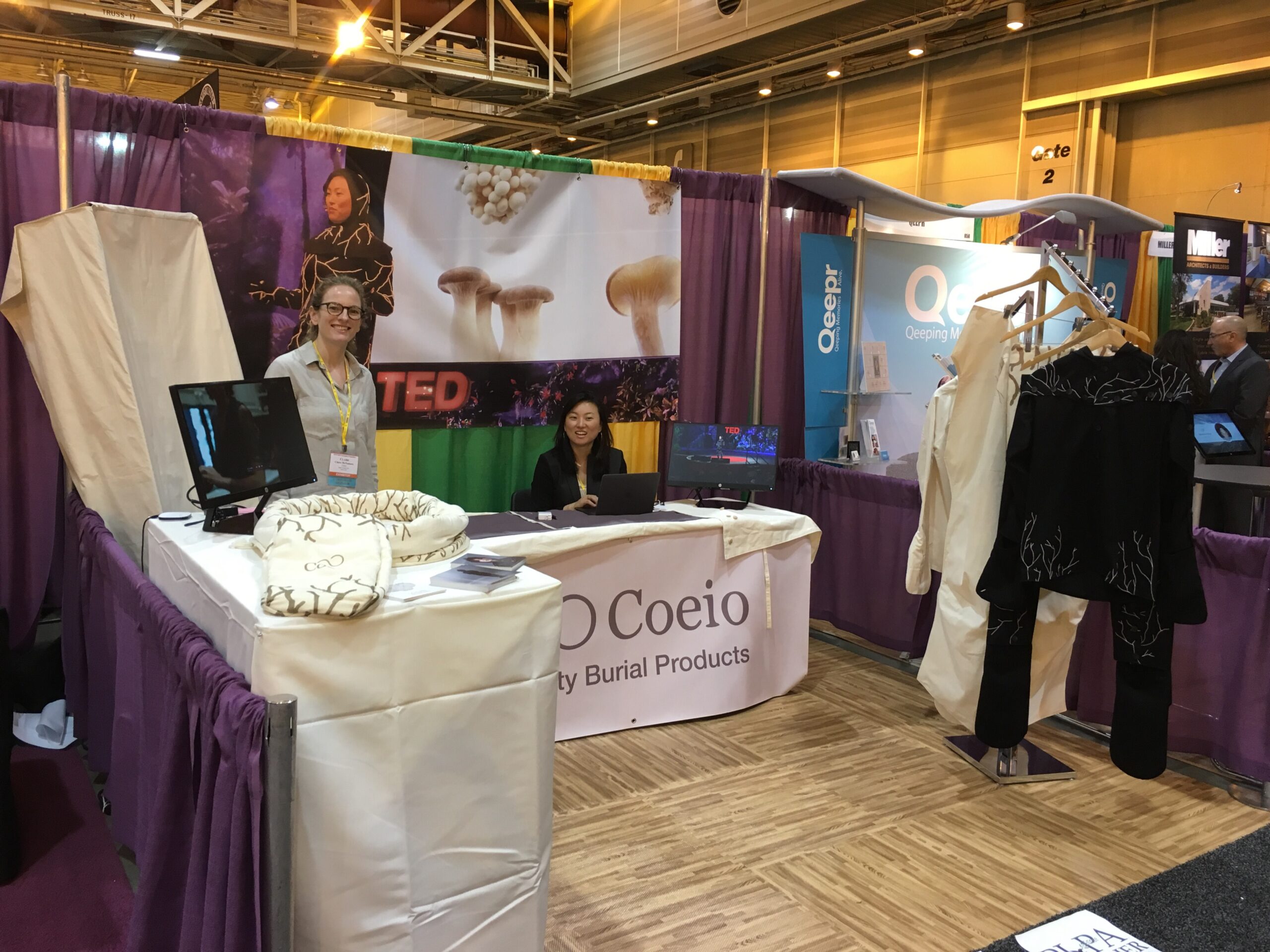 In 2013 The “mushroom death suit” earned an honorable mention in the Death Contest sponsored by the NFDA and Coeio did exhibit at the National Funeral Directors Association (NFDA) annual convention in 2016.

Professionals in the green funeral space have proclaimed serious doubts about the mushroom suit products. The lack of research supporting the claims, in addition to the general knowledge about the workings of decomposition, has created serious skepticism and worry about the public being defrauded.

02.29.2020 UPDATE: Undertaking the podcast interviewed the modern mortician (episode: The Greening of funeral services) who talks about being a part of a study about the mushroom suit only for it to be proven ineffective.

The NFDA reports that more than half (53.8%) of consumers are interested in a green funeral because of the environmental benefits and cost savings. Meaning death care professionals can expect more inquiries into this suit and other environmentally and cost-friendly alternatives.

Fundamentals of the death care industry: Popular funeral flowers and their meanings